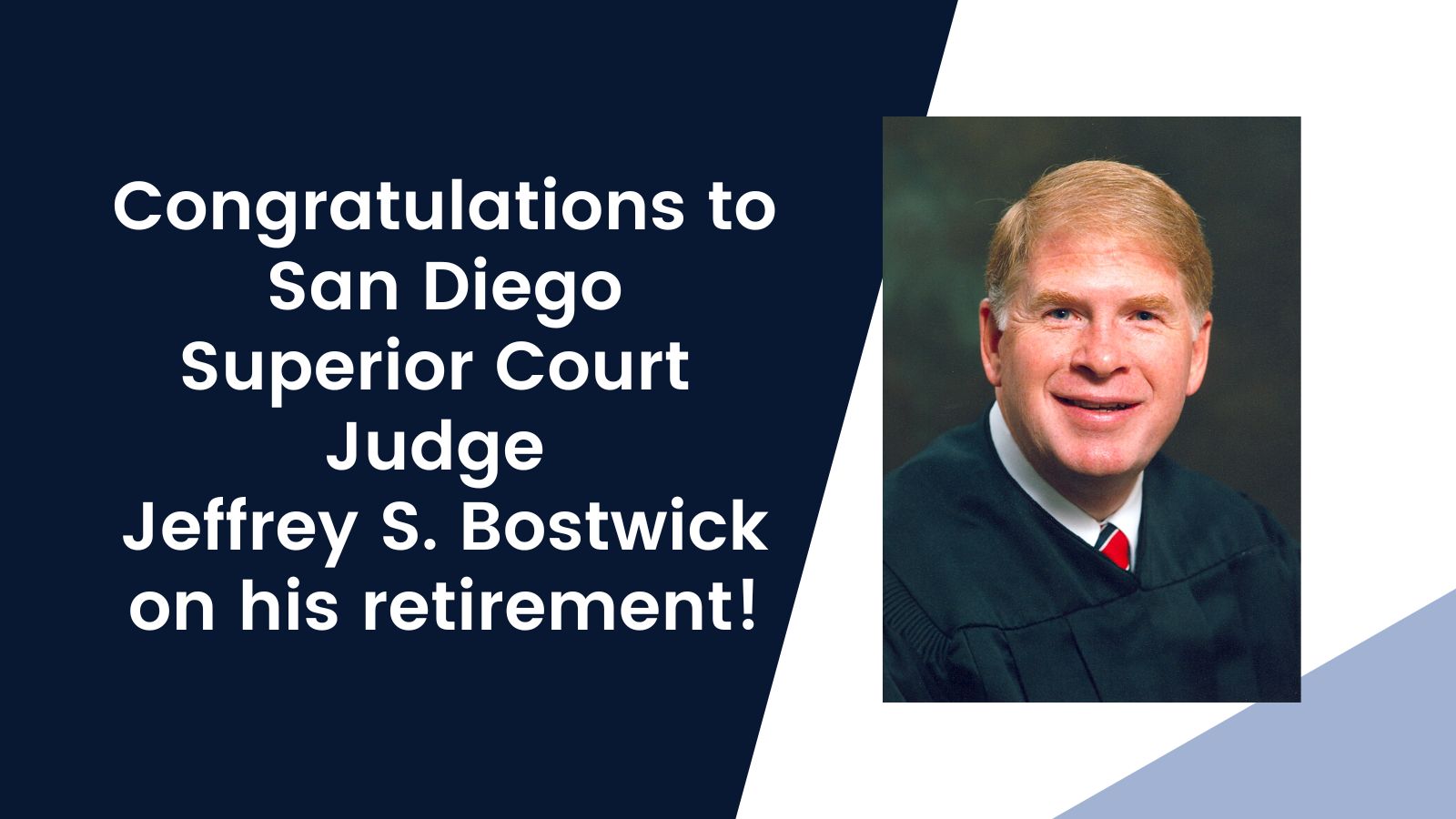 “It has been a great honor to serve the public,” said Judge Bostwick. “I have been privileged to serve with many wonderful judges and commissioners throughout the State of California.”

“Judge Bostwick is a real workhorse of a judicial officer, who has kept a grueling pace every day of his career while displaying great integrity and intellect,” said Judge Michael Smyth, San Diego Superior Court Presiding Judge. “The public and the San Diego Superior Court have benefited immeasurably from his steady, conscientious commitment to justice. We will miss him terribly.”

In 2005, the Chief Justice of the California Supreme Court appointed Judge Bostwick to the Domestic Violence Practice and Procedure Task Force. Over the course of three years, he worked with the task force to develop and recommend guidelines and practices for domestic violence cases. Recommendations addressed domestic violence restraining orders, firearms relinquishment, criminal law procedures, and the entry of restraining and protective orders into the Domestic Violence Restraining Order System and access to that system.

In retirement, Judge Bostwick plans to continue to be of service to our community and the legal profession.